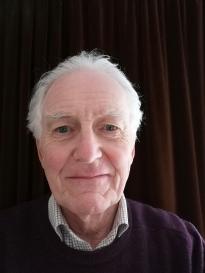 Deryck’s mum lived in a retirement apartment about half an hour’s drive from where he lived. He visited often but realised that she was not looking after herself. It was a relief to Deryck when his mum moved to a care home where she was safe and happy.

Deryck is married with two adult children. He is a retired sales manager. Deryck has no sisters or brothers to share in caring for his mum which, in this case, he thinks is a blessing because he could decide on the best care for his mum.

Deryck’s mum had a small pension income and received pension credit. When the family decided it would be best to move into residential care, her apartment was sold. Deryck’s mum never knew that this money was all spent on care; she would have been very upset. Deryck was pleased that paying for her own care meant that they had some choice about where she would live.

Deryck’s mum’s savings, income and Attendance Allowance paid for her care home fees for around three years. When her capital had depleted to the financial threshold, the local council adult social care department began contributing towards the fees. Deryck felt that the quality of her care continued to be just as good when she was no longer a self-funding resident.

The care home where Deryck’s mum lived did not provide nursing care. Towards the end of her life Deryck’s mum experienced recurring infections and spent quite a lot of time in hospital. Deryck spoke to the doctors and they agreed that she should move to a care home with nursing. The NHS then paid for her care through end of life continuing healthcare funding.

Deryck decided on a home further away for his mum because she would get more for her money.

Deryck decided on a home further away for his mum because she would get more for her money.

Because she was in [County B] and we live in [County A] and we had to think about how we maintained contact with her, and it was pretty obvious that it was going to be a lot easier if we moved her to [County A]. So I investigated the cost of care in [County A] around here against the cost of care in [County B]; and this is another case of being a postcode lottery. You get more for your pound in [County B] than you do in [County A]. So having made that discovery the decision of where she was to be was easy; she needed the best care she could afford and we would travel and that’s the way it always was. So we discussed with [County B] finance department how this was all going to happen and because she had a property, although they didn’t take any financial interest in that, their decision was that they would obviously take all of, all of her income, her pensions, etc, but if she was going to go into care and have any choice of where she was going to go she would need to self-fund and that meant selling her place; and the figure that they needed was enough capital to support her for three years.

Deryck worried about his mum’s money running out when her care home closed down and she had to move.

Deryck worried about his mum’s money running out when her care home closed down and she had to move.

But in the intervening time, two years in, so 2015, the care home in; so she moved to [town C] the, that care home was relatively small and expensive to run and needed quite a lot of work doing on it and [name of care provider] decided they were going to close it and where was my mum going to go? So they’ve got a number of places in [County B], they needed to have an EMI unit so that restricted it, and we had a look around and were struggling until we met a family of another lady in, in [town C], who said, “Have you been to [town D]?” Which I’d discounted largely on distance but when I applied some sensible thought to it the distance really was no greater than [town E] which would have been where they had three potentials. So we went to [town D] and it was just one of these sort of Eureka moments, yeah, that was the place for her to go. So she moved there; Social Services well [County B] finance were involved because they had to basically agree that they would transfer to there, but that was fairly straightforward. So no massive nail biting at that point, but there was a lot of nervous tension when her money got down to the level where she could no longer completely self-fund; and they put you through a few hoops and there was a great deal of anxiety on our behalf that if she couldn’t stay at [town D] where was she going to go, or were we going to pay top-up?

Deryck says it is unfair that people are dependent on family to get things done.

Deryck says it is unfair that people are dependent on family to get things done.

Well again I think this is where the system is wrong that if you’re prepared to make an argument and be persistent, my experience is most times it’ll get through; I won’t say it’ll happen every time but most times it will. But why should it be dependent upon a family member to dig their heels in and say this isn’t right; but somebody else in the same circumstances, possibly in the next room, is denied it. I mean that to me seems to be absolutely crazy.

Deryck was worried his mum might have to move to a different care home.

Deryck was worried his mum might have to move to a different care home.

Finance department of [County B] County Council and they were lenient in the way that they did their calculations. She got around £80,000 for her flat and that, which stayed in a, in an account so she, basically she paid monthly for her care until it dribbled down, and it did, actually three years was about right, till it dribbled down to the £23,500 when we had to have another meeting to see whether she could stay where she was.

But there was a lot of nervous tension when her money got down to the level where she could no longer completely self-fund; and they put you through a few hoops and there was a great deal of anxiety on our behalf that if she couldn’t stay at [town D] where was she going to go, or were we going to pay top-up? And that left a bit of a uncertain feeling in terms of whether, because there’s, I didn’t want to put any timescale on this, I was not looking to, that my mum as being a, oh she’s only going to be here for six months or whatever, as long as she’s able to get some enjoyment out of life that was really the issue. So we thought long and hard, I guess, you know, if we did this, did that, yes, we could, don’t really want to; so that was the conversation I had with them. And I got a phone call one Friday afternoon saying, “She’s got it.” So that was a huge relief, and then from there on her income dwindled down from the £23,500; we never got to the point where I think £11,000, or thereabouts is when you don’t pay anything at all. So she was contributing to her care costs, and in fairness to [name of care provider] the, I saw no difference in the way that they looked after her once the financial situation had changed, and nor would I have expected there to be; for them she was one of their patients and they all deserve the same level of care and I think she got that.

Deryck felt applying for CHC funding at the end of his mother’s life was unnecessarily difficult.

Deryck felt applying for CHC funding at the end of his mother’s life was unnecessarily difficult.

You’ve got to be alert and stay with it, but I have to say in those last few weeks trying to get my mum out of hospital I was struggling to focus on things; I was going down there every day and my mind was pretty, pretty much soaked with emotion. So it, I know it has to happen, they must do this lots and lots of times, why not just make it easy for the family members? They know what they’re going to do but just ease the, ease that burden, which doesn’t have to be there if it’s uniform and it should be. I mean I wouldn’t want to think that I got something for my mum that somebody else couldn’t get.

Yes, but I had a conversation even then about, well you might have to pay top-up provision. That’s, if they know what they’re going to do and then, and I understand money is tight, it’s probably a lot tighter now, but if there are agreed processes and procedures then it seems, to the point of being cruel, to put people through that turmoil at a time which is pretty damn difficult.