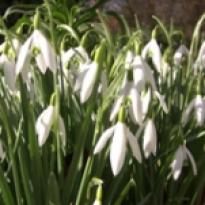 Age at interview: 45
Brief Outline: Stella’s partner was diagnosed with MS 3 years before we spoke to her.
Background: Stella, age 45, works as a freelance language teacher and also teaches mindfulness techniques for a women’s charity. She is Caucasian/German, single, living with her partner and has no children.

Stella’s partner was diagnosed with MS in 2008. His initial symptom was loss of function in the right arm. He treated this with complementary therapies and regained enough function to play the piano again. But investigations led to a diagnosis of MS which, for Stella, was something of a relief because her partner also had some liver symptoms which they feared may be due to cancer. ‘At least’, Stella says, ‘MS is not life threatening’. Her partner was very shocked at the diagnosis. Stella was not present at the meeting with the consultant and she describes her partner’s reaction as being ‘frozen’. In her view, diagnosis is ‘thrust upon people’ without being sure they can cope. She believes more support should be offered.

Her partner did not want anyone to know of the diagnosis, which Stella found difficult. Eventually, after the death of his mother, he decided to tell people and she found it a big relief to be able to tell her friends. Something positive came from this too, in that they learned of people with MS who had been symptom free for four or five years. This took them ‘in a whole new direction,’ focused on holistic healing. Stella describes them both as ‘holistic minded people’ who regard illness as a challenge to personal growth.

Their financial situation has become strained since her partner’s benefits were stopped when Stella moved in to live with him after the diagnosis. She is the breadwinner in the household now and marvels how some people cope with the additional costs imposed by illness. She has been told that if her partner had been assessed differently then some benefits may have been retained and feels the need of expert social worker advice for their situation.

In addition to earning a living as a language teacher for adults in business, Stella is a trained complementary therapist and an artist. She has been able to give her partner massage but she feels that, ideally, this should be done by someone other than her. She has not been able to do her art work since her partner’s condition began to get worse.

The impact of MS on their relationship has, Stella says, been ‘huge.’ Initially, she felt that her partner grew increasingly needy and she responded by mothering him. More recently she says he has tried to break away from her. He also wants to change their living arrangements by moving house which Stella feels they are not in a position to do financially and because he is too weak. Stella acknowledges that things are ‘far worse for him than for me,’ but, nevertheless, feels that the resentments on both sides and the current difference of opinion between them are not easy for her to deal with.

Stella speaks with appreciation of the disability counselling her partner received but she is critical of other NHS services. In general she finds the NHS system over reliant on ‘facts’ and unsympathetic to holistic ideas of healing. She found the consultant to be remote and with an ‘academic’, rather than people-orientated, approach. She found the MS Specialist Nurse to be unhelpful.

Stella describes the tensions between her and her partner as a ‘clash of intensities.’ Sometimes it feels like he’s trying to break away from her and there is resentment on both sides.

Stella describes the tensions between her and her partner as a ‘clash of intensities.’ Sometimes it feels like he’s trying to break away from her and there is resentment on both sides.

View topic summary
SHOW TEXT VERSION
EMBED CODE
PRINT TRANSCRIPT
It had a huge impact on our relationship, a huge impact. So, the one thing is that at some point he was becoming needier, and needier and needier, and I kind of like started to mother him, more and more and more. And then, lately, a completely new phenomenon where he was kind of trying to break away from that. He thought that that is what is making him ill, actually, and so he tried to break away from me. And at the moment he feels that he can’t be in the flat any more, where he’s been for many, many, many years, and so he says we need to move, and I don’t really think we are in any financial position to move, and also he’s weak and so I don’t really see how that can be possible.

And also it’s, this kind of like tearing away from me lately. It was very difficult for me, because before I felt that I was needed more and more and more, and more and that constituted a lot of our intimacy in our relationship, me caring for him. And, suddenly, that was like taken away and he was tearing away. And so we actually went to… we were always very proud of our relationship and we even thought about becoming relationship counsellors. We were really proud. And so that actually led us to seeking professional help and to having relationship counselling. So that’s late developments.

And but now it seems that mainly… he says he loves me, but he can’t be in this flat any more. And so that’s another headache, really, and, yes, and so it has an impact. I suppose it’s also this kind of, like, if one in the relationship is always, like, really miserable for long periods of time, not feeling well and kind of like intensities clash. So, if I come from work and I’m quite joyful, and it’s creating resentments obviously, huge resentments on both sides. And so, he wants me to be as miserable as he is, or she doesn’t understand me, and really difficult. So I marvel at how other people cope with that.

And then me being quite smug and doing this recording and talking about it all, and him actually suffering all this pain and all these threatening things. It’s just like much.. far, far worse for him than it is for me and so it’s kind of like split. It’s not easy to deal with I suppose.

Stella feels that the person’s ability to receive the diagnosis should be assessed more thoroughly.

Stella feels that the person’s ability to receive the diagnosis should be assessed more thoroughly.

View topic summary
SHOW TEXT VERSION
EMBED CODE
PRINT TRANSCRIPT
And so the second time he saw the consultant, I was actually present. And I didn’t… I didn’t find the consultant very helpful. He was very friendly, and he tried to accommodate also an appointment and it turned out that [partner's name] had never been in contact with the nurse, the MS nurse, because after the first... after having seen the consultant for the first time, he just it was a massive scare really, because you get told there’s no hope and you can expect to get worse and just be prepared for it. And you can’t tell…you can’t tell that to anybody, because I don’t really believe that, you know, there’s always hope, whatever you have, there’s always hope. And you can’t tell that to anybody.

And so he was like in a terrible state. I think when he had this interview with the consultant, he didn’t…he was just like frozen. I think I was away that weekend, even, and I came back and he was like, like frozen, really physically frozen, and wasn’t even able to talk about it anymore.

And I think diagnosis still gets thrust upon people without making sure that they can cope. And I think my partner’s not particularly good at asking for help, also, and so just taking into account that people may not be able to express what they need and just taking into account that a diagnosis like that, you know, you may need counselling or somebody to talk to afterwards.

Stella told one of her students and a couple of friends about her partner’s diagnosis, before discovering he didn’t want anybody to know. This was hard for Stella. Later, he changed his mind, which made things easier.

Stella told one of her students and a couple of friends about her partner’s diagnosis, before discovering he didn’t want anybody to know. This was hard for Stella. Later, he changed his mind, which made things easier.

View topic summary
SHOW TEXT VERSION
EMBED CODE
PRINT TRANSCRIPT
And I think I got the… I think he phoned me, to tell me about the diagnosis when I was at work and I’m a freelance teacher, so, obviously, the first thing I told my student, which probably wasn’t a good idea, but any how she didn’t know what that was and so she confused it with ME and she said, “Oh, is that when people are tired all the time?” And after that I told two friends who were also doctors, and because doctors are quite level headed and so in a way they are good people to tell and so, yes, and so one of them gave me a hug and the other one, anyway, I just told over the phone, but then I talked to [partner's name] and [partner's name] actually didn’t know, didn’t want anybody to know that, that he had been diagnosed with MS, because he didn’t want to be branded as a sick person or as an ill person and he didn’t want that people reacted to him with compassion. And so he told me not to tell anybody. And that was really difficult to have this shock of the diagnosis and then not to be able to tell, not even my closest friends. That was quite difficult.

We have found what really helped us, and so after years, he finally decided to tell everybody, it was after the death of his Mother, he finally decided to tell everybody. So I could tell my friends and that was a real big relief. And that brought something really good about as well. Because some people turned around and said, “I know somebody who had overcome their MS.” And that was something new for us, because we were always told it was something that you have, and you need to make do with it, and you need to accept it. Which is true as well. But then there’s always hope. Always, for anything.

Stella is self-employed and only tells people she works for if she can’t avoid it.

Stella is self-employed and only tells people she works for if she can’t avoid it.

View topic summary
SHOW TEXT VERSION
EMBED CODE
PRINT TRANSCRIPT
So I told my friends, I have no difficulties telling my friends, and I’m really grateful that I can now, and I’ve also told my family, and he has told his family now, meanwhile. And who I haven’t told, if I didn’t have to were the people I work with. So, not my students, well, unless I had to because I had to cancel work. And not the agencies I work for, obviously, because it’s not a good idea if they think that I’m not available to take on any more freelance work, obviously. So, if I could avoid it I didn’t…didn’t tell.
Previous Page
Next Page