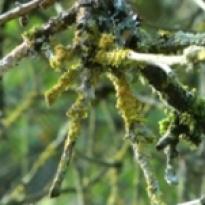 Age at interview: 57
Brief Outline: Ian’s wife was diagnosed with MS in 1996, at the age of 42. They have both been disappointed with the care she has received in the NHS and Ian feels strongly that MS research and treatment is underfunded. They both try to maintain a positive attitude and to keep life as normal as possible.
Background: Ian, age 57, works as a financial advisor. He is white British, married, with two adult children.

Ian’s recollections are hazy about the beginnings of his wife’s MS but he recalls quite a long process before the tingling that she experienced in her fingers and lower limbs became confirmed as a diagnosis of MS in about 1996. Both Ian and his wife have been disappointed with the service they have received from the NHS. It took them a long time, for example, to persuade the neurologist to let her try interferon. In fact, the interferon had little impact and after seven months or so of treatment Ian’s wife stopped taking interferon and switched to low dose naltrexone, which seems to have a beneficial effect on her energy level.

More recently (June 2011), and against the advice of her consultant, Ian’s wife has had CCSVI treatment, to improve the blood flow through the jugular veins. This, too, appears to have increased her energy. Their relationship with the NHS consultant has also improved, after Ian and his wife wrote a letter detailing the reasons for their disappointment with the service they had received over the years. Ian feels strongly that MS research is underfunded, compared with other illnesses such as heart disease and cancer.

Ian says that his wife’s MS has little impact on his life beyond ‘the logistics of the everyday stuff;’ for example, helping her up stairs. The increasing responsibility for day-to-day activities has grown gradually and he does not see it as a burden. Ian also says that MS has probably brought them closer in terms of doing more things together, rather than the separate activities they used to pursue.

Ian has noticed that his wife’s mobility has declined more rapidly over the last couple of years and, looking to the future, they have talked about planning to move house fairly soon. He doesn’t think much about the longer term future, preferring to concentrate on the practicalities of organising daily life.

Ian’s recommendation to health professionals is to improve their communication skills and, to other partners living with somebody who has MS, he counsels to keep life as normal and as stress-free as possible.

Ian’s wife wanted to ‘explore every avenue’ and decided to go ahead with CCSVI treatment even though her consultant thought it unproven and dangerous.

Ian’s wife wanted to ‘explore every avenue’ and decided to go ahead with CCSVI treatment even though her consultant thought it unproven and dangerous.

View topic summary
SHOW TEXT VERSION
EMBED CODE
PRINT TRANSCRIPT
Well, we had a meeting with a, a new MS consultant at the, at the hospital that we use. And he was very scathing about the CCSVI procedure in so far as it, it wasn’t proved, it was dangerous. We believe at that particular point someone had, had actually died. But that was from the use of stents. They did use stents rather than the venoplasty. But our counter-argument to that is that it’s a medical procedure, so of course it’s going to be dangerous. Every medical procedure is dangerous to a certain extent. Also the fact that we’d been driven to this particular point by the inactivity of the medical profession, to be perfectly honest. Again seemingly because it’s not a particularly ‘sexy’ disease.

And so you, you do, when you’re in that particular situation you, you explore every avenue. We know that it’s a disease that there is no cure for at the moment and so you try everything you possibly can. And I think at that particular point, although we’d been considering the CCSVI as a result of the, the conference that we went to in April 2010, I think inwardly at that particular meeting that we had with the, consultant, I think that just basically reinforced, “Well, stuff this. We’re going to go for this irrespective of what you say.” There’s no danger to me physically. Obviously the, the, the danger is, is, with my wife. But she obviously is keen to take it, take it further.

And I think to a certain extent it’s not, I can’t actually remember, I think it was, I think it was only a local anaesthetic, so there weren’t, you didn’t take the step to a general anaesthetic. And she was quite, quite prepared to, to take that on board. So that really was the deciding factor I think in, in both of our minds. We didn’t really discuss it to that extent, but I’m sure that she, she was of the same opinion as me at that particular stage, to say, “Well, stuff it. We’ll, we’ll do this ourselves. Because we’re not getting any support from, from the medical profession.”

Ian and his wife are hopeful that her recent treatment for CCSVI will improve her condition. All the discussions and thoughts they’ve had about assisted dying are on ‘the back burner’ at this stage.

Ian and his wife are hopeful that her recent treatment for CCSVI will improve her condition. All the discussions and thoughts they’ve had about assisted dying are on ‘the back burner’ at this stage.

View topic summary
SHOW TEXT VERSION
EMBED CODE
PRINT TRANSCRIPT
We’ve actually said that if, I mean this was way before any of this came on board, that if either of us were in the situation where basically we needed, we needed care all the time, then we would consider this place in Switzerland and we should do that for each other. But of course you never think that this kind of thing is going to come on board.

That’s right. And you do have to activate that in some way.

Yes, absolutely, absolutely. But there’ll be a point that she reaches that she’s going to say, “I’m not doing this anymore.” Because she’s, she’s quite a, a strong-willed person. And she will, if she gets to the particular point where she said, “I’m not doing this anymore,” then we will do that, most definitely. Who knows? It’s a consideration. I know we say, we, do say it in a flippant manner, but there is an underlying theme there that should that particular position arise then it will have to be given serious consideration.

Well, put it this way, we haven’t even looked into that particular aspect yet. I mean there may well be, there, there, will be a point in the future. And certainly we don’t want to consider it at this particular stage. May-, maybe we’re just putting that to the, on the back burner. We want to try and get her mobility back to some sort of ordinary state. And if the, the operation that, that she’s had, you know, last year, not, not last year, this year is going to work, we don’t know if it’s going to. I don’t know what our expectations were of that, maybe that she’d miraculously get up and walk, you know, two days after the operation, but clearly it doesn’t work in that particular format. But we’ll see.
Previous Page
Next Page